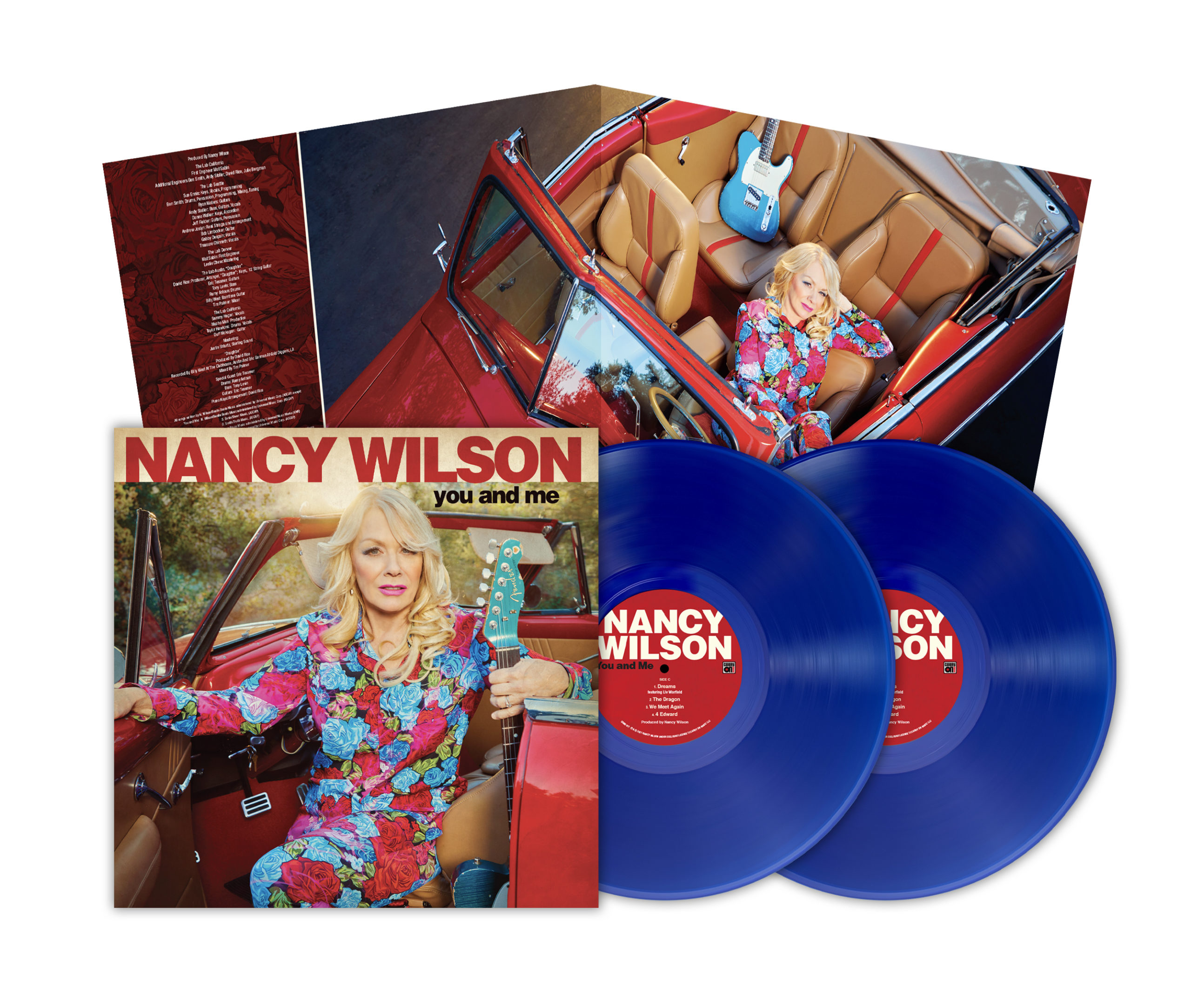 Features Never Before Released Covers of The Beatles & Steely Dan

“…one of the most celebrated rock goddesses in contemporary music history.” – Australian Musician

Co-founder, guitarist and Rock and Roll Hall of Fame inductee Nancy Wilson of Heart will be releasing a special vinyl edition of her first EVER solo album, You And Me on this year’s RSD Black Friday, November 26, 2021. This special deluxe version will include three never before released bonus cover songs from The Beatles and Steely Dan, the full track listing is below. The album will be available at select independent record stores around the world. To find a store near you, visit recordstoreday.com.

Wilson is set to join the Seattle Symphony for a special concert featuring original arrangements of these newest songs from You And Me as well as hits from Heart’s extensive catalog. The concert was originally scheduled for July was postponed to this later October date as a response to increasing inquiries regarding larger in-person audiences, the feasibility of which is dampened by current restrictions due to the ongoing pandemic. Nancy is excited to join even more fans with this later October date. Information and tickets can be purchased here.

The album was recorded primarily in Wilson’s California home studio, working with band members and special guests remotely. “Being off the road last year from touring with Heart, and at home with my good guitars and amps out,” Wilson says, “I felt like I was once again able to reconnect with my pre-Heart self, my college-girl self, creating poetic, intimate and romantic songs, which pretty much is what I first brought in to Heart.”

With her band Heart, Nancy Wilson has recorded 16 albums, sold over 35 million albums worldwide and has four Grammy nominations. She had previously released one other album with just her name on it, Live at McCabe’s Guitar Shop, which captured her playing a set of covers and new songs in 1999. But considers You And Me  her first true solo album, a positive creative move amid a surreal year of loss; life during lockdown.