CHRISTOPHER SHAYNE AND NICERIDE CLOTHING JOIN TOGETHER FOR THE RELEASE OF THE PERFECT SUMMERTIME SONG AND VIDEO, “NICERIDE,” OUT TODAY VIA CARRY ON MUSIC 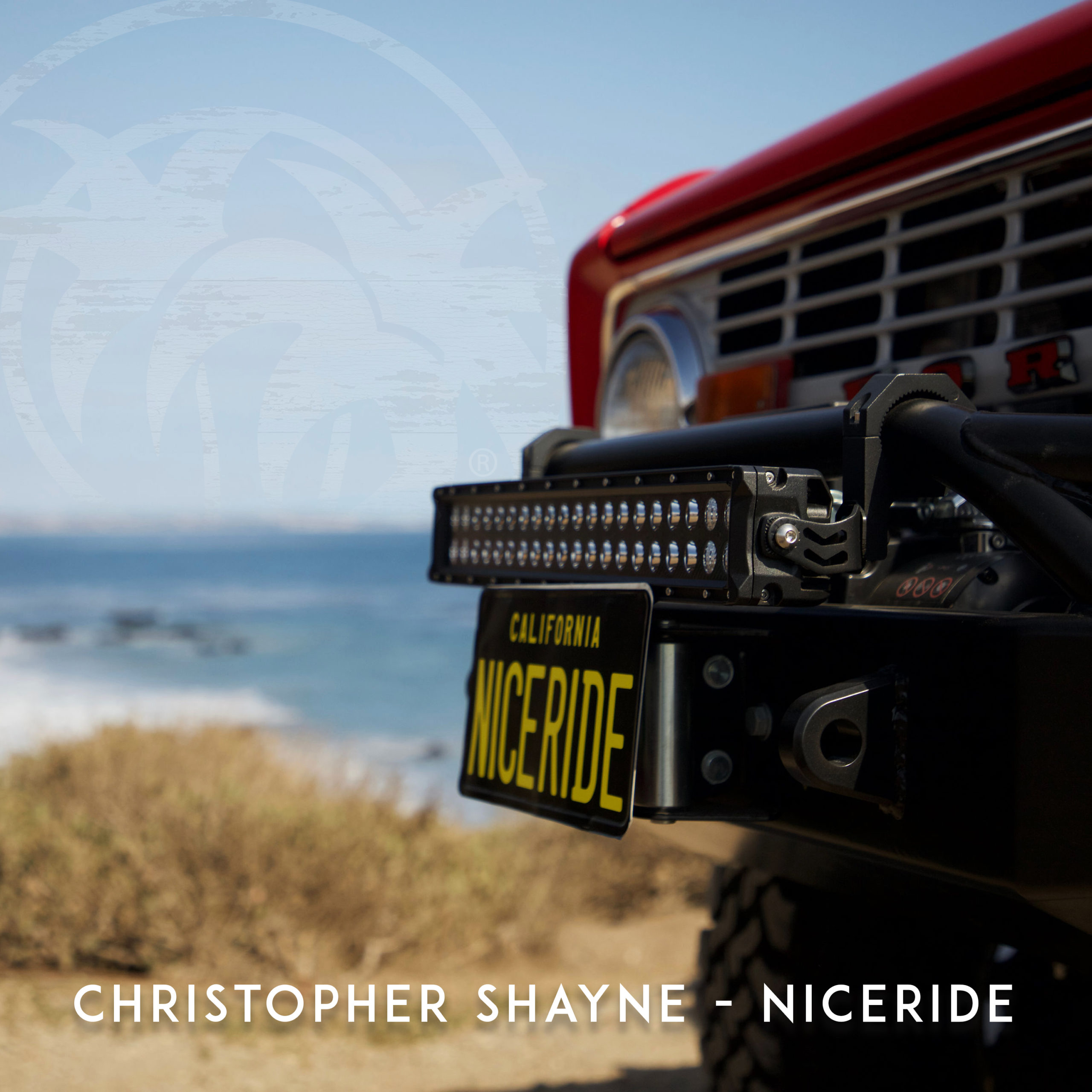 NICERIDE created a partnership with SHAYNE and his band after seeing them play at a NASCAR event a few years ago. Not only did the brand start sponsoring SHAYNE, he and the NICERIDE team became good friends and soon asked the band to create a song that could be used in one of their summer 2021 ad campaigns.

Since 2013, NICERIDE has set out to promote a lifestyle that emphasizes the three most important aspects of our lives: Family, Friends, and Fun! NICERIDE was founded on a vision to create a clothing brand that embraces all walks of life, locally, regionally, and worldwide. NICERIDE is a brand that provides quality apparel and products. As NICERIDE continues to strengthen and grow, their mission and goals have not changed. Their motto is “Life is 1NICERIDE!”

As SHAYNE explained to VentsMagazine.com, “’NiceRide’ was written with fun in mind. We wanted something upbeat with a good groove. Once we found the riff, the rest was easy from there and everything clicked into place. When we went to work on the lyrics, we wanted something about not just having fun for right now but to carry that feeling the rest of your life. The song is really about letting go and carrying that feeling with you wherever you are. The video took our concept and our ideas and really ran with it. It’s got all the makings of good time.”

About the partnership with NICERIDE, SHAYNE continued, “After we’ve been embraced by the family at NICERIDE, we’ve really gotten know the people and the company. Chris Merziotis, the owner, has been incredibly supportive of us and we are so appreciative of welcoming us into his family. When they wanted to pick up the song, we were elated! It was an easy melding of the minds for this particular project. They have embodied some of our internal values as we’ve gotten to know them and it seemed to click immediately; although they may be a little more active than us! We’ll cheer them on from the beach with a beer in our hands!”

“The time has come to live life like its one niceride,” says NICERIDE owner Chris Merziotis, who had the thought and vision of how to live a great life. “Visually, I wanted everyone to experience NICERIDE. The music and lyrics exemplifies living the ‘niceridelife.’ The video’s vision brought to life one of the song’s lyrics, ‘When you have had enough pop the throttle open wide and leave it all behind.’”

CHRISTOPHER SHAYNE’s TEN HIGH debut EP was released January 22, 2021 via Carry On Music. Videos for the EP’s first two singles, “Any Given Sunday” and “Pour the Bottle,” can be seen now on the label’s official YouTube page.

He’s long traveled the crossroads where rogues, renegades, and thieves are tossed aside and only the best hard-livin’ and hard-rockin’ sound practitioners get to move forward. Fact is, the Phoenix-born, whiskey-tinged vocalist/guitarist has been more than up to the task. “I want to deliver something that people out in the world have both heard and not heard before, in a way that everybody can grasp onto,” SHAYNE explains. “That’s my personal goal. As an artist, I want to take those ideas and really remind people what guitar harmonies and passionate vocals sound like in a real rock setting. I want to develop something musically that feels like home but is still kind of fresh.”

The music you’ll find on TEN HIGH is as sincere as it gets. “There’s a lot of room now for rock bands that wasn’t there 2-3 years ago,” SHAYNE believes. “I just want to hammer that point home and deliver something as real and as honest as humanly possible, in those veins. The fun is in the struggle and in the challenge of doing that. Music can be anything it wants to be — but it has to mean something to you. Making that happen for our fans is something I’ll be focusing on for the next handful of years, I think.”